In forming The Australia Malaysia Raft Project (MARP), my aim was to bring
together artists who had worked together in Malaysia and Australia in recent
years. The focus was on re-building a raft, a Wimmera River journey and
then embedding it in Natimuk for it’s biennial Frinj Festival – as centerpiece
to a blue tarpaulin/tented precinct at which three performances were to take
place.

There were several provocations for MARP. One was standing in the shower in 2012
on a glorious morning before a good breakfast on 130 acres on the Wimmera River
and hearing that another boat had just overturned and Refugees were in the water
drowning at that moment. The lunacy in the inequality of space, freedom and safety
then somehow seemed echoed in the disturbing cry of sheep on a full-moon night. I
also realized Kavisha Mazzella had, in 2003, co-written (with Arnold Zable) what is
essentially an anthem for refugees - All God's Beggars. Then in 2012, in Melaka, I
watched artist friend Soong Ro Ger (Roger) quietly making a raft from discarded
materials with his cousin, Andy Lim Kah Meng, out the back of their Baboon House
café. They later journeyed on it over ten days into an endangered rainforest –
unauthorized through the recently dammed Belum State Park, formerly one of the
most pristine jungle areas in Malaysia.

For the journey see:  https://www.youtube.com/watch?v=P-uX55QqDUQ


The improvisation and sense of journey struck a chord, as has working with Tony Yap for well over a decade and knowing the intensity he'd bring to the performances - transitioning from a black to a maroon suit as the drone of the Harmonium played
out. MARP was a rich process of collaboration in the making and presentation, driven by these multiple impulses. The 3-tented precinct at the Natimuk Frinj festival, with the three Code Maroon (All God's Beggars) performances, was at the core of what emerged but the generous banter that occurred around and between performances was equally rich. Thank you to Trevor Flinn, Unregistered Contemporary Shaman with a Food Handlers License for escalating into late night texta tattoos in a poorly lit van out back in the trees, and for porridge, tea, maroon stew and scones around performance times. A massive thanks also to Frank Tagliabue for running, welding, lifting and carrying with Roger as he hit the ground here and launched into building the raft during inclement weather. Thank you also to team STOP - Sascha, Hanako and Joanna Muller for grinding lemons to save the Orangutans. Code Maroon (All God's Beggars) as performance was (is) a melt-down of the sublime and ridiculous of living and a call to the God's, and the owls, for a reconciliation of the possibly irreconcilable: Kavisha Mazzella - Harmonium & voice/ Tony Yap- dance/ Roger Soong- raft, bells and drum/ Trevor Flinn- cooking, Robbie Millar- sound, Andy Lim Kah Meng- raft design and engineering assistance from a distance … and Anthony Pelchen - sheep audio and general orchestration. 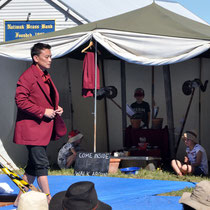 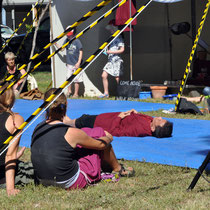 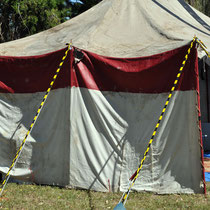 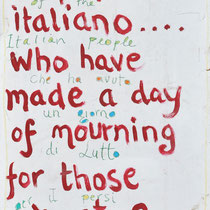 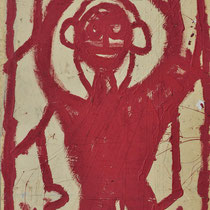 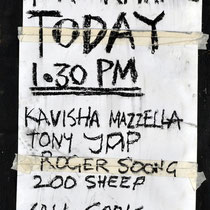 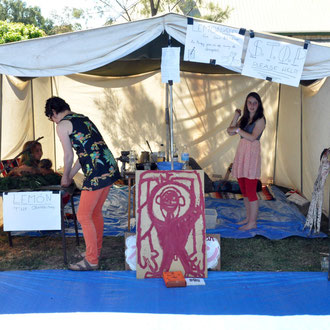 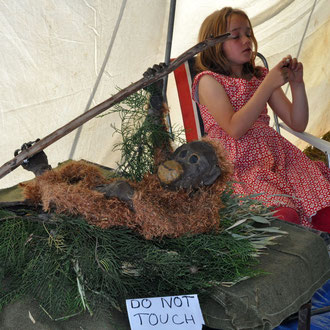